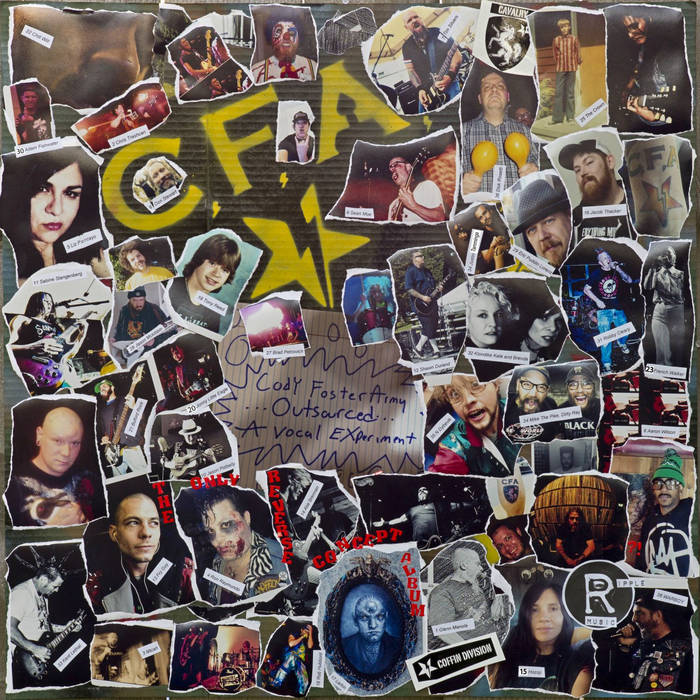 Fosters statement after wrapping up CFA’s Outsourced, A vocal experiment

We asked 16 folks to take part in this experiment and we received 36 tracks!! There are 2 other tracks that didn’t get to us in time to be released still floating around out there.

MOST EVERYONE followed protocol, Dick Rossetti and the Crown took it outside the box. But we expected that from them. This record has already spawned great things and new relations between people and it hasn’t even been released yet.

Our hopes are to bring people together in a manner that encourages people to continue to work as one.

I want to thank everyone involved this took a community to make happen.

There are lots of photos and we only have a few photographers we can credit by name.

To all the others we appreciate all your work documenting what we Stooges do.

Special thanks to all the people that participated. The engineers for their skills and time, Pope and Todd at Ripple Music for putting up with us and releasing this DIY’ers devil spawn.

CFA Outsourced was Mastered by Jesse O’Donnell in Tacoma at the Autopsy Room. Special props to Jesse, we received files in so many different formats it was nuts. A mastering nightmare. We tried to keep the artists vision in tact. You will hear stark highs and subtle lows that you wouldn’t normally find on an album. Please enjoy.

Thank you. CFA- out!