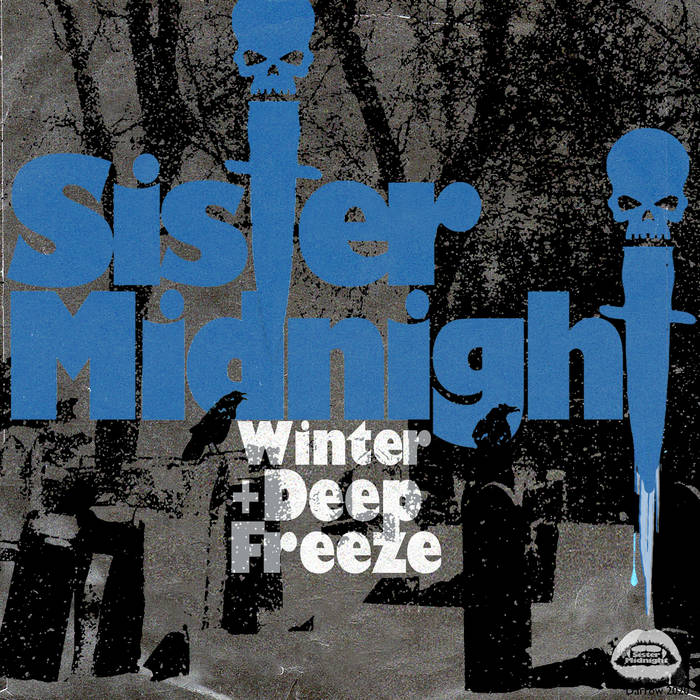 "notes from the band"

These are Parts 1 & 2, of a 4 part ‘suite’ from Judas Priest’s 1st LP ‘Rocka Rolla’ released in 1974. Even though it is officially the spring season of 2020, these tunes seem fitting given the current world situation. Which to many, seems like an extended barren winter of hibernation, Isolation, alienation, social distancing etc.

I hope this will help get us through these uncertain times. If nothing else, these songs rock harder than most on this LP, and that alone is worth revisiting.

Part of the irony of this recording is, that when guest vocalist Amy tracked the vocals for this cold, icy opus, it was in July 2019, here in Sunny California, the temperature was about 99 degrees in the shade outside, and inside the studio (no windows or ventilation) it was probably about 112 degrees! So keep that in mind when listening. A Chilling performance.
BTW, Amy was also the vocalist on Sister Midnight’s version of ‘Blood on the Snow’ by Coven, that was released Valentines Day 2019. See Ripple/Sister Midnight’s discography to listen to that one as well.
As per the original, the tracks second half, Deep Freeze, is nothing more than an apocalyptic freak out/blizzard of whammy bar guitar wailing, dive bombs and Post Hendrix-pre Van Halen era feedback wizardry, courtesy of KK Downing and his Marshall’s.
Pro tip: listen with headphones if you can!

Interviews With Butcher Brown and Slauson Malone, plus LP of the week by SAULT.