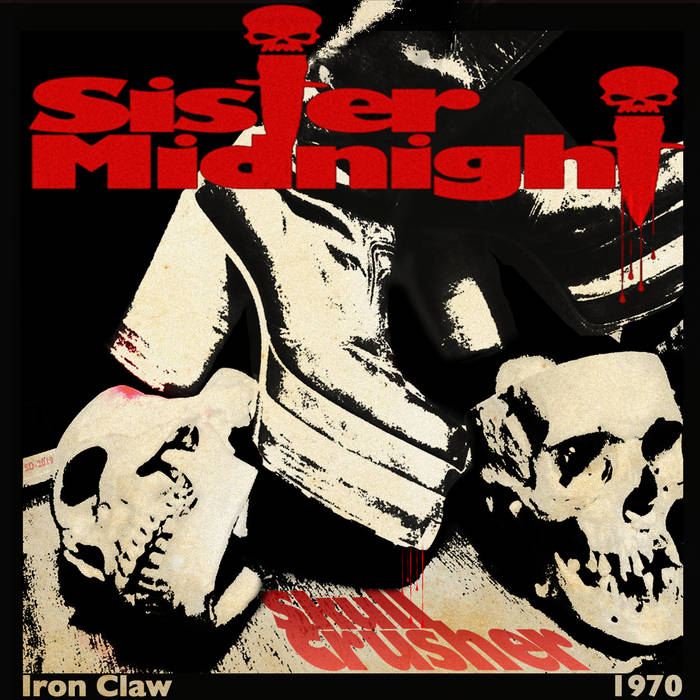 Skullcrusher, Originally recorded in 1970 by ‘Iron Claw’ a very young band of lad’s from Dumfries, Scotland. Written by Mike Waller and Alex Wilson in November 1970 & recorded less than a month later in December ’70 in London, on a 4-Track tape machine.  This song is, IMHO, one of the finest examples of early 70’s UK Proto-Metal. Even extending into the realm of Proto-Goth/Death-Rock and of course, a strong precursor to the Doom Metal/Stoner Rock genre we know today.  This band was, amongst other things, was probably the world’s 1st Black Sabbath Tribute band (even in 1970, when Sabbath only had 1 LP out, Iron Claw where doing Sabbath cover tunes in their Scottish local pubs & halls) Thanks to one of the band members (who was the only member over the age of 20 years old at the time!) recorded a live Sabbath gig on an old Reel-To-Reel tape machine when the Sabb’s played at a local pub in Dumfries in 1969. Learning their entire set from this now legendary tape & not only covering Sabb tunes, but doing it before the hit ‘Paranoid’ LP was even released!

Aside from covering Sabbath songs, Iron Claw, only in their Late teens, early 20’s wrote & shaped their own songs & signature sound. Influenced by the dark, hard & heavy working class sounds that Sabbath became famous for. Again, mainly only playing the their native Scotland & never really breaking out of the region

Iron Claw reformed in 2011 and release their first official proper release A Different Game on RIpple Music (Which you can find here, in the Ripple Bandcamp catalog).