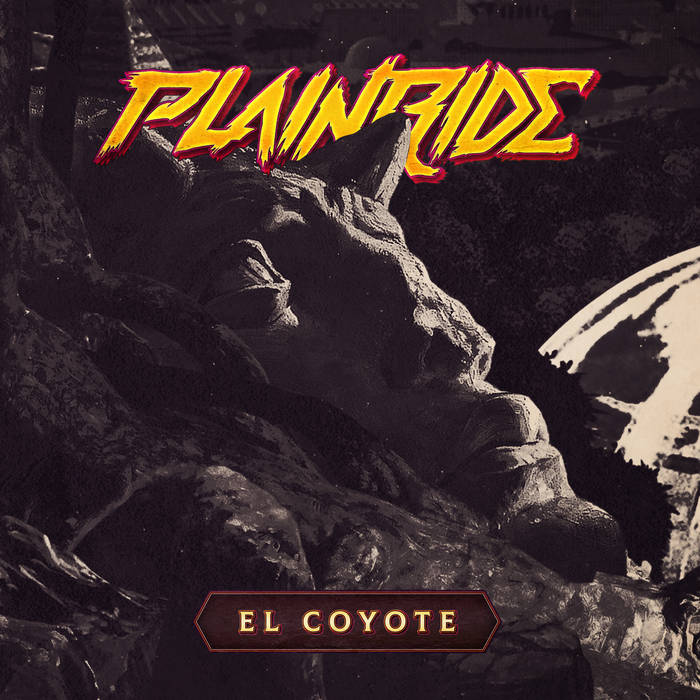 Logen Ninefingers We go into extra time with Plainride, a single cut from their outstanding 2018 Sci-Fi concept album 'Life on Ares'. Big crunchy riffs, fuzzy tones, throaty vocals and an anthemic chorus. The sort of Heavy Rock that's tailor made for Summer festivals and raising a beer high in the air in homage. Fans of Clutch and Monster Magnet need to get on this band before they explode.

Is that even a word? It is now!

Plainride have given us this MONUFUCKINMENTAL track and I, for one, am mightily grateful...

Colin M. Absolute ripper of a single. Looking forward to the full album for sure!

FDJ Teaser for Plainride's forthcoming album, y'all will love this.

Crinklechips This is a great single. Straight ahead Stoner Rock. The vocalist is reminiscent of Matt Pike. No bad thing.

I keep playing this single. It gets better the more you play it. Can't wait for the album!

First single off the upcoming album by Germany's Plainride. "Life on Ares"

Album due for full release Sept 21!

The Obelisk "the massive roll that ensues in “El Coyote”

Life on Mars. The menace of many a sleepless night for scientists all across the globe has long turned reality in the parallel dimension of PLAINRIDE. A jetpack on the back and the discovery of alien worlds in their sights, the Colognians continue to break new ground, slowly asserting themselves as the rising stars of Germany’s growing Stoner scene.

Steadily spreading their grooves like the venomous tentacles of a galactic space toad, Plainride conquered the stage at this year’s Wacken Open Air, scored a feature on Spotify’s official “Stoner Rock” playlist, and opened for the likes of Fu Manchu, The Atomic Bitchwax, and Nashville Pussy - all the while causing beer tap turnovers to skyrocket wherever they plug in their guitars. Except when they plug them into the spigot, which is also something that’s said to have happened before.

The Colognians will release their sophomore album “Life On Ares” on September 21st, an endeavor fuelled by the ongoing and fruitful collaboration with Californian record label Ripple Music. “Without wanting to crank up the pathos all the way to 13, Ripple Music is probably the best Label a band like us could wish for,” as singer Max Rebel puts it. “Working with commander-in-chief Todd and the other bands has been so great and cordial, it’s hard to describe (Jesus, I sound like an insurance salesman).”

For mix and mastering, Plainride hired American producer and sound engineer Alberto de Icaza (Clutch, Crobot), the artwork was crafted by Milan-based artist SoloMacello, and the recording itself was done by musician and producer Marius Ley (DAT ADAM). Especially the recording process had a lot to offer, as Max confirms: “Back then, our debut “Return Of The Jackalope” was recorded deep in the woods of Poland - live and not always plain sober. “Life On Ares” on the other hand came into existence in the heart of Cologne, at Marius’ Hydra Lab. Not to say there wasn’t any beer involved this time, but the whole process was just way more surgical. Working like that can easily see you go from two weeks studio time to two months. The level of detail we employed this time truly was a new experience for us and at the same time opened up a whole bunch of possibilities.”

Also, Plainride’s new drummer Florian Schlenker is making his mark as a real asset to the band. As Max comments: “I don’t think I’m exaggerating when saying that Flo has brought a new approach to the band. Firstly, he’s an incredibly energetic drummer (with him, fresh sticks have a half life of about 5 minutes), and secondly, he’s gifted with a very analytic mind, adding that extra pinch of professionalism we as a band may just have needed. In other words: If without Flo we’d be a ravaging neutronic storm, he’s the engineer capturing that energy and channeling it into a concentrated death ray. Only we don’t melt people, except maybe their faces every now and then.”