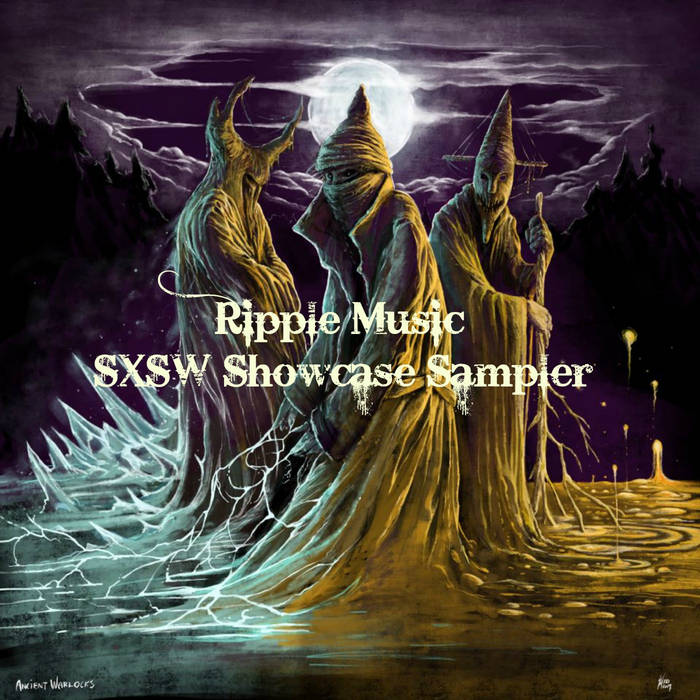 Logen Ninefingers Released to coincide with Ripple Music's 2018 SXSW showcase, a number of these bands have gained real traction in the ensuing months. The legendary swampy heavy rock of Wo Fat needs no introduction and is well represented here. As is the furious hard-rock of Mothership, whose real star is their lead guitarist -- some awesome soloing on display. Elsewhere, The Watchers and Steak show the abundance of talent on the Ripple roster, with this sampler barely scratching the surface. Favorite track: Riffborn.

Colin M. Now that is a hell of a lineup! Some of Ripple's finest laying down the rock. Favorite track: Of Smoke and Fog (Live).

Bucky This is what you recommend when your colleague asks for new Rock and Roll suggestions. The full arsenal of modern heavy underground hits. Rock is not dead.

This March 16 brings the first ever Official Ripple Music SXSW Showcase: 6 Ripple bands storming the stage during the world's biggest independent music festival. If you can't make the show, here's some jams to make it feel like you were there.