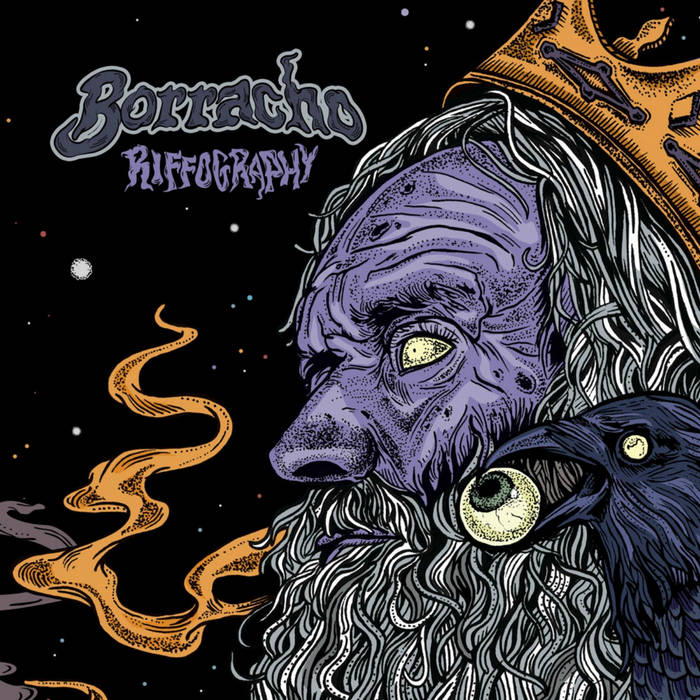 Colin M. An excellent collection showcasing Borracho's superb evolution and improvement over the years into the riff masters we all (or at least should) know and love. A must for all fans of the band! Favorite track: Superego.

FDJ Borracho serve up all those bits that never made the albums and leaves you asking the question.... why not? Favorite track: Fight the Prophets.

Ripple Music is thrilled to announce the worldwide release of Riffography, a brand-new compendium which pulls together an entire decade’s worth of blood, sweat and rare riffs from one of Washington, DC’s heaviest rock bands, Borracho.

Ten years on from when the trio first got together (and six from the release of the band’s debut album Splitting Sky in 2011), the story of Borracho is one of change, graft, survival, and ultimately, a groove-laden style that has secured them a place at the centre of the US underground stoner rock scene. Drawing on influences that span decades, they combine soaring musicality with subterranean propulsion, encompassing the hard-driven classic rock/metal of Black Sabbath and Mountain, stoner jams of Clutch and Fu Manchu and epic progressive sensibilities of Mastodon and High on Fire.

With Riffography however, what we have in essence is a retrospective companion piece that enriches both their history and discography; with rare cuts from 2013’s follow-up, Oculus, via their inclusion on Ripple Music’s The Second Coming of Heavy series, right the way up to the release of their third album, last year’s brilliant Atacama. While you can listen to just about any of band’s albums one into the next, those albums alone rarely tell the whole story. In between these key releases, Borracho dropped half-dozen or so limited-edition vinyl singles and split sevens, amassed an enviable collection of unreleased tracks and recorded alternate takes of their own material, with a mind to satisfy fans and collectors around the globe.

Riffography was mastered for digital release by Tony Reed at Heavy Head Recording Company in Port Orchard, WA and is officially released worldwide on 8th December via Ripple Music. Head on over to The Obelisk now to hear the previously unreleased track ‘Border Crossing’, recorded and mixed by Frank Marchand in 2014 as part of the Second Coming of Heavy sessions - theobelisk.net/obelisk/2017/11/20/borracho-riffography-border-crossing/
Borracho: