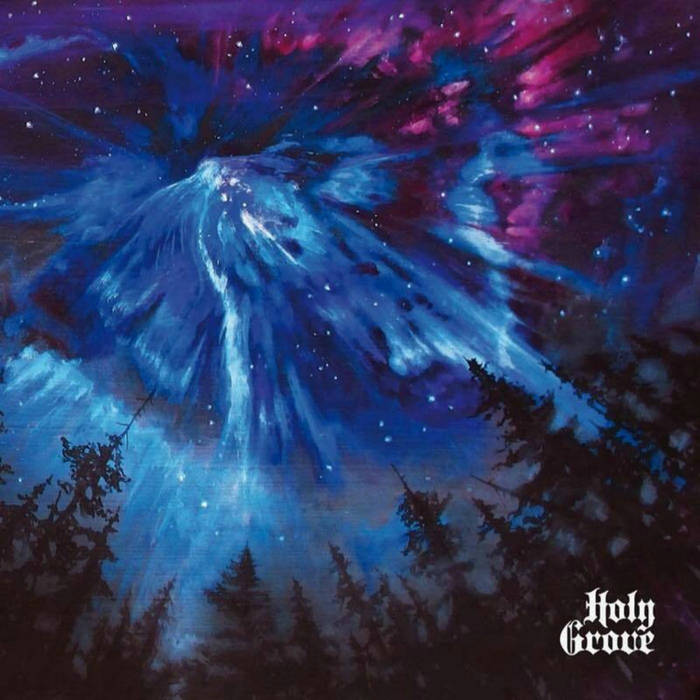 paul rote Debut of killer ( what I call Female Fronted occultish blues rock) band who are as doom as doom can be ! Favorite track: Huntress.

zzzptm The very definition of stoner doom. I try to only buy the best stuff, but I also strive to buy *all* the best stuff. :-) Favorite track: Hanged Man.
more...

Portland, OR doom rock band Holy Grove has signed with California's Ripple Music (Mothership, Wo Fat). The band will see the North American release of its self-titled debut, Holy Grove, on April 6. In celebration, Treble is streaming the entire LP, in full, adding, "The band at times recalls the desert boogie of Kyuss in their prime, but when they stretch out into some more cosmic doom sounds they find a middle ground between the operatic grandeur of Candlemass and the more contemporary fuzz of Windhand. It’s badass, monumental metal and it rocks hard." Hear Holy Grove now at this location.

Remember when heavy rock bands wrote songs? In the early ‘70s, Grand Funk, Bang, and Deep Purple brought hooks and choruses to seriously weighty tunes. In 2015, Portland, Oregon’s Holy Grove walks in the long footsteps of tradition, pitting soulful vocals, searing guitar solos, and swinging grooves into its own Bic-flicking dinosaur stomp. Formed in 2012, Holy Grove has been wowing Pacific Northwest audiences for years, blending blazing riffs and cloud-piercing wails with a rhythmic heft that has forged the band a legion of growing, doom-hungry audiences. The formidable pipes of vocalist Andrea Vidal spin tales of myth and fantasy that coast on a massive flying carpet of guitar riffs, kept aloft by a pounding, pulverizing rhythm section.

Holy Grove is far more than a toe-dipped-in-the magic spring, but a patiently crafted statement of intent produced by the band with major love and assistance from master “engine-ear” Billy Anderson (Sleep, Melvins, etc). The self-titled debut features stunning cover artwork by Adam Burke (Ruby the Hatchet, Uncle Acid and the Deadbeats) and seven killer cuts of Candlemassian doom, NWOBHM-meets-Kyuss (think meaner-toned “Green Machine”) gallop and fluid tunes that accurately reflect their own vision while remaining true to their roots.

In the last few years alone, Holy Grove has made waves on stage in the company of Uli Jon Roth, Jucifer, and Lord Dying, as well as at festivals like Psycho Las Vegas, the Malt Ball, Hoverfest, Ceremony of Sludge, and PDXPOPNOW!

"With all the copy cats out there hoping to be the next Matt Pike or Josh Homme, it’s nice to know that some bands are all about the songs and not a particular image. Holy Grove writes songs, not just riffs, which is a quality that shouldn’t have to be emphasized on a music site but probably should be. It’s not all just about bashing out Dopesmoker at max decibels or outdoing Iommi with grooves and licks, folks. It’s about taking those original concepts and ideas and making them feel new and exciting again, while offering a fresh escape route from day to day life. To me that’s rock, and Holy Grove does exactly that." - INVISIBLE ORANGES