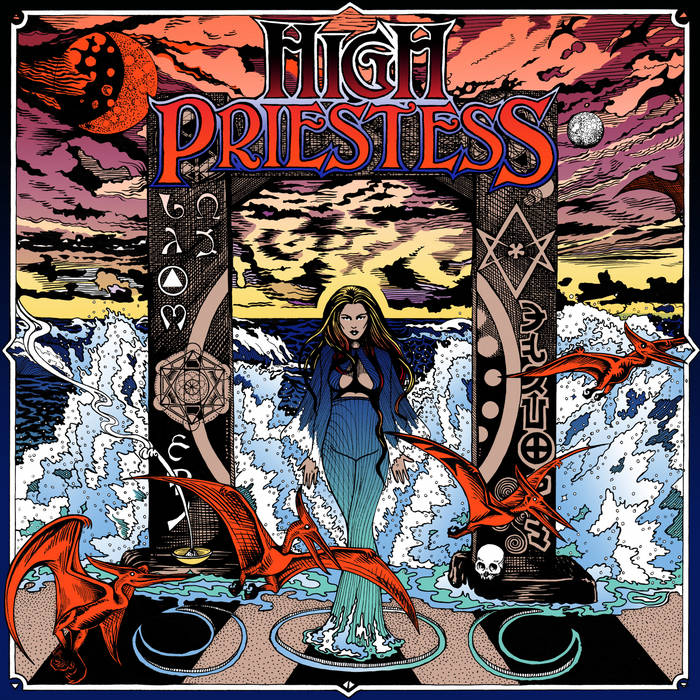 Formed in 2016, High Priestess features bassist/vocalist Mariana Fiel, drummer Megan Mullins and vocalist / guitarist / organist Katie Gilchrest. The trio self-released a five-song demo in July 2017 that, through sheer word-of-mouth, gained high critical praise and earned the band a growing fan base due to its tonally rich riffs, perfectly pacing, meditative moods, metallic noise, underlying command and the intertwining vocal melodies of Gilchrest and Fiel atop Mullins’ drums. High Priestess was recently spotlighted by LA Weekly as part of a focus feature titled "Three Bands That Prove L.A.'s Modern Doom-Metal Scene Is Maturing"; the country's largest alt-weekly noting that "High Priestess have so far recorded one self-released demo, but the strength of that demo and local live performances has made the band stand out fairly quickly."


High Priestess has announced North American tour dates in support of the debut LP. Set to launch on May 28, the west coast run will also feature Ripple label mates Ape Machine and Salem's Bend. The tour itinerary is as follows:

Recorded at the High Priestess rehearsal space May 2017 and December 2017, Los Angeles, CA

All songs written by High Priestess


"High Priestess have so far recorded one self-released demo, but the strength of that demo and local live performances has made the band stand out fairly quickly. They're a power trio in every sense of the word: Fiel's repetitive rumbling bass riffs combine with Gilchrest's psychedelic world music–infused guitar work and Mullins' ability to rain down every cymbal crash with brute force to create one of the more compellingly hypnotic doom-metal releases of 2017." - LA WEEKLY