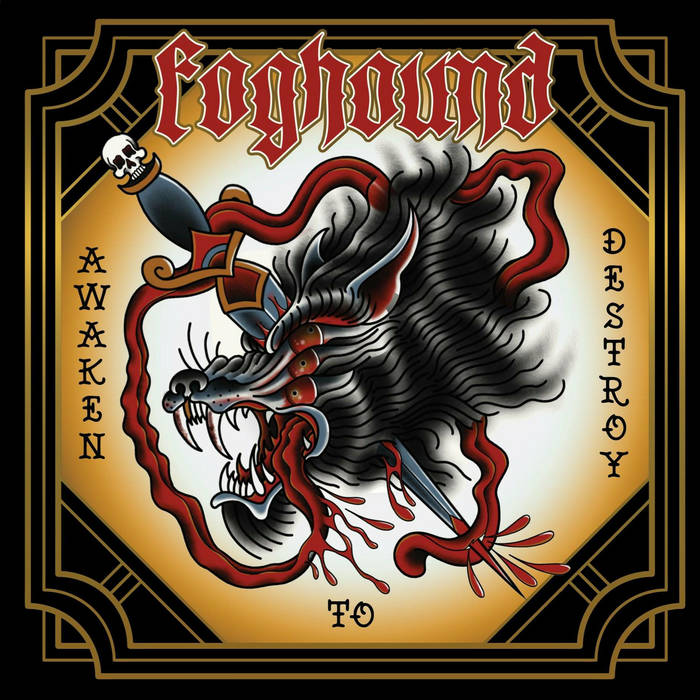 doomcrew Great album.Rolls along like a freight train of heavy riffing. Favorite track: The Buzzard.
more...

Work began on the album in November 2016, with producer Frank Marchand (The Obsessed / Borracho) at the helm. Numerous delays along the way sidelined production due to health issues, professional and personal commitments, and then the tragic murder of bassist Rev. Jim Forrester in December 2017, just days after completing recording of the basic tracking.

“After seeing Jim claw and fight his way back after a major health scare and being in a coma last summer, only to be senselessly taken away from us all in this way, it really hit everyone like a ton of bricks”, says drummer / vocalist Chuck Dukeheart.

“The outpouring of love and support from everyone, and especially our friends and family in the Maryland Doom scene, was overwhelming. We can’t thank everyone enough for helping us, Jim’s wife Tina, and family to get through this terrible time.”

Among the multiple benefit events and fundraisers for the family, Ripple Music released as a benefit single the new Foghound track “Keep On Shoveling” on January 1st, via Bandcamp as a “Name Your Price” download purchase.

Written with a theme of perseverance in the face of adversity, the song features a spoken word portion from Rev. Jim. The song has taken on a new meaning for the band after his untimely passing.

Another new track, “Return To Dragontooth”, will appear on an upcoming benefit compilation, due out from Salt Of the Earth Records.

Foghound emphasizes, “One thing that became apparent was that we all knew, and Jim said as much when he was laid up in the hospital last summer, was that he wouldn’t want us to stop. In his words – ‘We still have shit to do.'”

After taking time to regroup, this February saw Foghound back in the studio to wrap up tracking of vocals, guitars, and keyboards. They have finally been able to complete mixing to get it ready for release.

Along with wrapping up the album, the band got themselves back in their rehearsal space, and have recruited long time friend of the band, bassist Adam Heinzmann (Internal Void, Pentagram), into the fold.

The band stated, “It was a very heavy, emotional time for us, to be back in the jamroom without Jim, but Adam really stepped up in a big way. His enthusiasm, preparedness, and love for the music really helped us get back to why we all play music. We were able to have fun again.”


“We are looking forward to being a part of these stellar lineups and to play these new songs live. We can’t wait for this monster of an album to be unleashed at the end of the summer!”

Foghound (left to right in photo):